360° VR VIDEO -For Companies and Events – Effective and smart Communication! 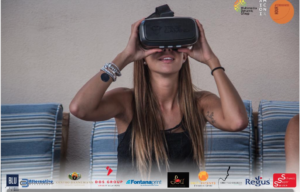 Anyone who looks at a 360 ° VR video, using or not an appropriate viewer, will have the feeling to be in another place, being able to look free around the scene in all directions, perceiving the depth and the distance of the various objects, and listening to environmental sounds coming from all directions just as in real experience.

All this makes viewing 360 °VR videos a very stunning experience. Precisely for this reason, content designed for this technology is called “immersive” 360° VR.

Ask us for examples and details of our service.

This technology can be used in entertainment, in most kinds of training that involve a physical environment, including pilot and driver training, surgery, as well as video shooting for public events, festivals, companies, factories, institutional presentations, tourism and e-commerce purposes and much more.

360° VR videos, also known as immersive videos or spherical videos, are video recordings where a view in every direction is recorded at the same time, shot using a omnidirectional camera or a collection of cameras. During playback the viewer has control of the viewing direction like a panorama.

There are several ways to view 360 ° VR videos: your smart-phone, desktop or headset viewer.

In March 2015, YouTube officially launched the ability for users to view and upload 360° videos, with playback on its website and its Android mobile apps. Vimeo, another leading platform for video hosting, launched support for 360 video in March, 2017. Facebook followed suit by adding 360-degree video support in September 2015.

We will be pleased to meet you to show you examples and discuss about possible collaboration.